Church Leaders
Home›Church Leaders›When victims of abuse are adults, they are often treated as “sinners”, threats to churches

When victims of abuse are adults, they are often treated as “sinners”, threats to churches

Local church delegates, known as messengers, also passed a resolution calling on states to make pastoral sexual misconduct a crime. Such misconduct is “a clear abuse of authority and trust,” the resolution states, similar to the trust placed in doctors, teachers, therapists and other helping professionals.

Getting local churches to embrace this idea can be difficult.

Many still struggle to view the sexual misconduct of pastors as abusive. Particularly when the abused person is an adult, Baptists and other religious groups often view the survivor as the tempter – a sinner who has led a holy man astray – rather than a church member in need of care. Meanwhile, the fallen pastor is just another sinner who needs Jesus, said Andrew Hébert, pastor of Paramount Baptist Church in Amarillo, Texas.

“We assumed it was a brother who needed to be restored, rather than realizing it was a wolf trying to attack the sheep,” Hébert said. “Sheep must be protected.”

Hébert served as vice-chairman of the Southern Baptist Convention’s Sexual Abuse Task Force, whose work helped lead to the reforms passed this summer. He said Southern Baptists have often treated pastoral misconduct as a “moral fault” or a matter between consenting adults.

“I think today we learned that it was actually an abusive situation,” he said.

A woman holds signs of abuse during a rally outside the annual meeting of the Southern Baptist Convention at the Birmingham-Jefferson Convention Complex on June 11, 2019 in Birmingham, Ala. RNS photo of Butch Dill

Not all Southern Baptist leaders agree. A recent report by Guidepost Solutions, which found that SBC executives mistreated abuse victims and downplayed the abuse problem for decades, was criticized for portraying sexual misconduct as abuse.

RELATED: Jennifer Lyell wanted to stop her attacker by telling her story. Instead, her life fell apart.

Mark Coppenger, a past president of the SBC seminar, dismissed that report as exaggerated at the annual meeting in June and in a follow-up interview. He was particularly skeptical of the story of Jen Lyell, a former SBC publishing executive who reported long-term abuse by a former seminary professor. The Guidepost report criticized SBC executives for portraying the abuse as an immoral relationship – for which they later apologized. The SBC executive committee also reached an agreement with Lyell. 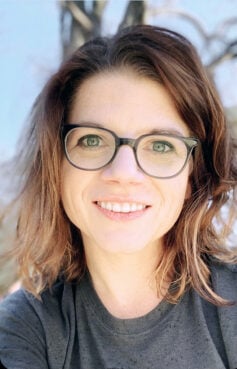 A number of SBC pastors also shared a recent article from a conservative outlet, The Daily Wire, critical of Lyell and Guidepost. The article questioned claims that Lyell had reported his abuse to the police. However, Maj. Mark Timperman of the Jeffersontown, Ky., Police Department told Religion News Service in a phone call that Lyell reported the abuse but declined to press charges. In a statement released in response to the Daily Wire article, Lyell said she had provided documents about the abuse allegations to the SBC executive committee and that several church leaders had corroborated the allegations.

In February, California pastor Rolland Slade, then chairman of the executive committee, read an apology to Lyell at one of the committee’s meetings, while announcing that the two sides had reached a resolution.

“The SBC Executive Committee recognizes its failings to Ms. Lyell, including the unintended harm created by her failure to report Ms. Lyell’s allegations of non-consensual sexual abuse have been investigated and unequivocally substantiated by SBC entities with authority over Ms Lyell and her abuser,” he said.

A recent post from Georgia pastor Mike Stone, a former SBC presidential candidate, addressed sexual misconduct involving “apparently consenting adults”. In it, Stone said a pastor who engages in “immorality” has abused his authority and has more guilt.

“But if a mature, competent woman willfully and willfully engages in immorality with the pastor or any staff member,” he said, “it is a mature woman who has engaged in fornication and must be called to repentance”.

David Pooler, professor of social work at Baylor University, disagrees with this framing. Pooler, who has studied clergy misconduct, said no one wants to redefine sin. Instead, he said, he and other experts want to define clergy misconduct more precisely. Calling clergy misconduct a business case or a moral failing misses the power dynamics at play, he said. Most helping professions have codes of conduct in place to protect the public from those who abuse their trust.

“The guiding principle of any helping profession is that the person with the most power is always in charge,” he said.

RELATED: For abuse survivors like Jules Woodson, the Indiana pastor’s video is all too familiar

Pooler said churches often turn on adult survivors of abuse rather than help them — seeing them as threats to the church rather than beloved members of the community. It is easier to do this than to believe that a revered church leader might have acted abusively.

Pooler contrasted this approach with a familiar passage from the Gospel of Luke, where a woman accused of adultery is brought to Jesus by a mob who want to stone her. Instead, Jesus protects her, dissolving the angry mob with a few words: “Let him who is without sin be the first to throw a stone at her.

This story should be an example of how church leaders can protect survivors from those who might harm them, Pooler said. But instead, he said, the focus is on avoiding scandal or blaming the victim. Often abusers pressure their victims to shut up, telling them that revealing what happened will harm the church or their ministry. Churches often repeat this message to adult survivors, urging them not to harm the “man of God”. 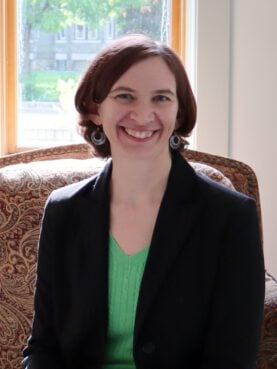 This kind of approach also occurs in other religious communities. Sara Larson, executive director of Awake Milwaukee, a Catholic lay nonprofit that provides community and support for survivors of abuse, echoed similar experiences among those she serves.

This summer, Awake hosted drop-in gatherings for adult survivors, where they can connect with each other and find a listening ear. This can be a source of healing for survivors, who are often estranged from their religious communities.

“For many people who are abused as adults, the first hurdle they have to overcome is often an internal sense of shame and guilt,” she said. “A lot of times there’s been a lot of spiritual manipulation that’s taken them to a place where they think it’s their fault. And they feel a lot of shame about it.

Prior to helping start Awake, Larson had worked in Catholic parish ministry, leading programs like Vacation Bible School and Moms Groups. She knew about the safety protocols the church has in place to protect children. But until she read stories about Theodore McCarrick, a former cardinal credibly accused of abusing seminarians, she hadn’t realized that adults could be in danger when those in spiritual authority use their influence to pressure or manipulate them.

“It’s very clear that these are situations where we can’t talk about consent,” she said. “As if you could ever consent to sex with someone who heard your confession, or serves as a spiritual director or gives you marriage advice.”

Larson said adult survivors of abuse are often met with disbelief and shame from church leaders and lay colleagues, for having “misled a holy man”. Even if they are believed, all attention is on the accused spiritual leader and how to deal with that person, leaving the survivors forgotten.

In Awake, she said, the focus is on supporting survivors, walking with them and hearing their stories. Larson is inspired by the New Testament book of First Corinthians, which describes the church as a body, where if “one part suffers, all the parts suffer with it.”

“How can we become a church that when a person is hurting, the whole body notices, cares, and rushes to support them?” she says.